MHRD along with AICTE organised SMART INDIA HACKATHON 2019, as a 5 days hardware hackathon from 8th july to 12th july, conducted in 19 nodal centre across India. Team FALCON7 from MAIT participated in the theme “Drone and Robotics” , where they developed a prototype for the problem statement 30 KG PAYLOAD CARRYING MULTIROTOR WITH A FLIGHT TIME OF 40-50 MINUTES, this problem statement was proposed by BHARAT FORGE LTD.

The team’s idea was shortlisted from over 150 proposal and they won first prize at the grand finale, winning a cash prize of 1lakh rupees. Team members:

Team falcon 7 prototype was a multipurpose quadcopter named VIDYUT which can lift a payload of 1 kg with a flight time of 25-30 minute autonomously with the help of GPS. Vidyut is equipped with highly sensitive air quality and gas leakage monitoring system. It can detect the level of particulate matter PM2.5 which will tell the quality of air in that particular area. The data collected can be recorded and transmitted wirelessly over a network and monitored from a distance. It can also detect the amount of particular gases like Petroleum and natural gas. The quad can hover near the gas pipelines continuously measure the amount of gas and transmit it to monitoring station. If the value of gas exceeds from a safe amount it will immediately report it to the station and will tell the exact location of leakage using a GPS. Thus, preventing any major disaster.

For the finals, the team developed an octacopter capable of carrying a heavy payload of 30kg with a high endurance of 50minute. The octacopter has a unique design and revolutionary battery system which is one of a kind. 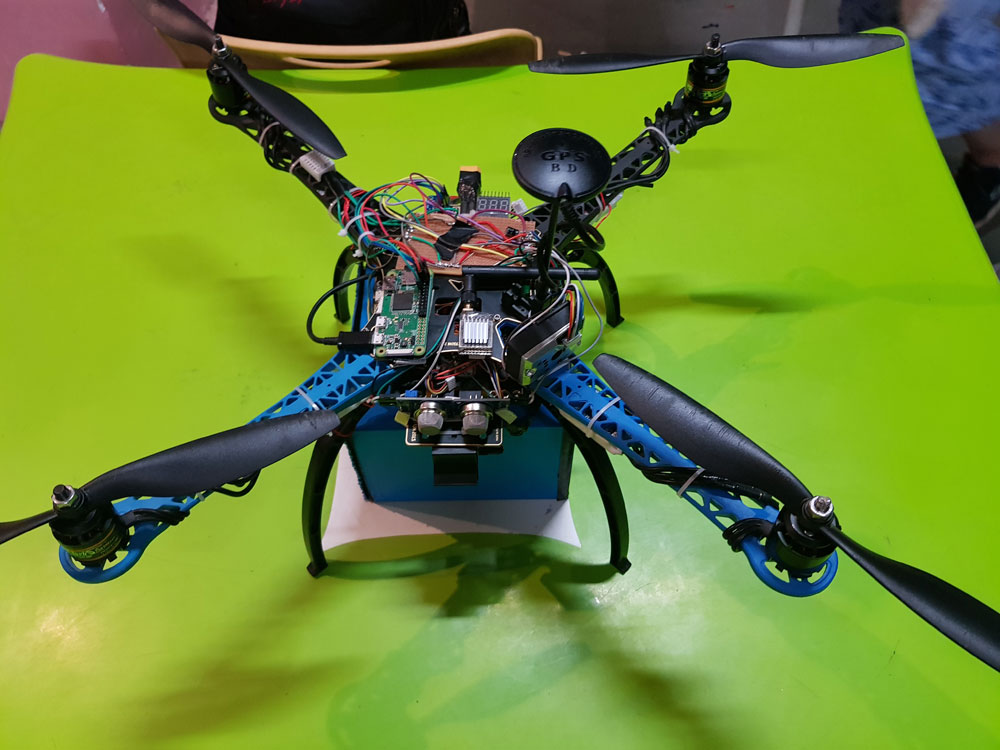 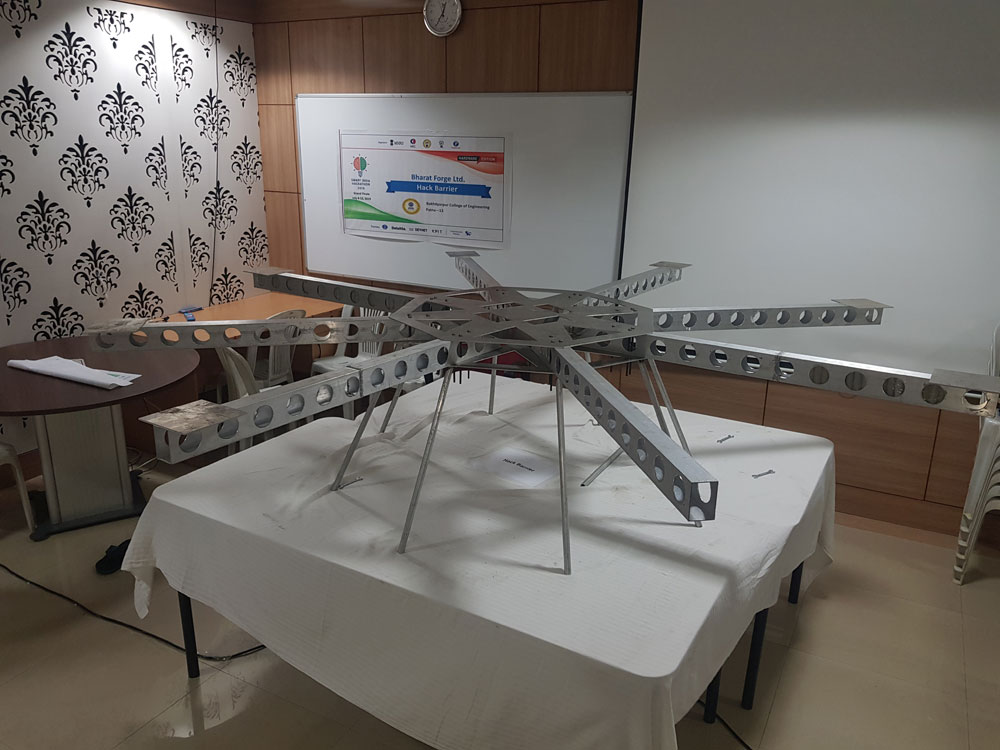